Nowadays, there are countless hobbies that a person can try out. But one remains the easiest to achieve. All you need is 500 PHP, and a decent internet connection., and voila!You have a video streaming service! If you’re familiar with what a streaming service is, then you should not be stranger to this pastime. Streaming has remained one of the best ways to transfer data, both video and audio from a network of servers to you home or maybe group of personal computers. YouTube has been around for quite a while, so I think you’re quite familiar with this but imagine a streaming service that can provide whole seasons of TV shows and even movies.

Lately, there has been a myriad of streaming services available online with Netflix leading the way. Sure, it provides you all the recent content for consumption; but what it really excels at is giving a subscriber a library of both new and old collections they can browse and watch anytime they want. With these resources on hand, it would not be so difficult to find the timeless or maybe underrated gems of TV shows that you might ‘ve missed in the last 10 – 20years. Let us go ahead and revisit them down below:

Do you remember the old Dungeons and Dragons animated TV show? It’s practically the same, except this one is way darker. The story revolves around our trusty heroes consisting of the explorer Malcolm Murray and his companions (a psychic, a gunslinger, a native warrior from Africa, and so on and so forth) that seem to meld reality with fantasy as they come from famous literary works but portrayed with a shadowy past.

The show focuses on the main protagonist Carrie Mathison, a Central Intelligence officer with manic depression. When Nicholas Brody, a US Marine Corps Scout Sniper that has been aprisoner of al-Qaeda for 8 years turns up ready to be rescued, it’s up to Carrie to prove that he is now a double-agent. Or maybe Carrie’s condition is messing with her head? Watch the show to find out.

Imagine being thrown into death row as teenager. You have been accused of murdering and raping your then 16 year old girlfriend. Nineteen years then pass and further appeals on your case finally come into fruition. Through reanalysis of DNA evidence, the original verdict is now worth nothing. But what life you come back to? What lies ahead your life after disappearing for almost 20 years, being blamed as the culprit for a crime you did not commit.

If you have been reading about Viking history then you might be familiar of the sage of the Viking Ragnar Lothbrok. The show focuses on Ragnar’s adventures and his rise to power and fame through the successful raids to England and France. He was a Viking who was not satisfied with just raiding and pillaging. He wanted to look for land that his people can claim and farm on their own. But of course, how can a lowly barbarian warrior find the respect and honor he deserves?

The series revolves around the main character Gregory House. A medical genius in his own right butis bogged down by his dependence on pain medication. Apart from this drug addiction, he is also mostly hated by his colleagues and even his team due to his misanthropy and stern sarcasm. It does not help that he sometimes uses unconventional means of curing his patients that more often than not, puts their lives at risk.

If you were a big fan of the Godfather Trilogy, then this show will hit you on the right spot. The series is about the Italian American mobster Tony Soprano, and his challenges in making sure his family life is normal while he runs his ever-growing criminal organization. The episodes are run-through recollections during Tony’s psychiatric sessions portrayed through out the show. Since its release, it has been regarded as one of the greatest television shows of all time winning multiple awards through the course of its run.

This is the story of Frank Underwood. The House Majority whip from South Carolina’s 5th district is on a quest to gain power with the use of betrayal, manipulation, ruthlessness, pragmatism, and betrayal. The show has garnered a number of praises from different awarding bodies, not just for its writing, but also from the outstanding performance of its cast especially its lead actor, Kevin Spacey. Unfortunately, Spacey was fired from the show after the show producers have announced the final season. This led to the final run coming to an end without Spacey’s character in the mix.

We’ve all seen a lot of zombie movies in our lifetimes. And if you are a big fan of survival horror themed flicks then this series brings it home. The show begins with the lead character waking up from a coma with the world already dominated by mindless flesh-eating zombies called “walkers”. In this rendition of the apocalypse, the how focuses on the reality that you should be more afraid of the living than the dead. What makes the show more interesting is the character development that the writers have put so much effort into. During the end of the world,some might think that you need to be a monster yourself to survive.

From non-other than Joss Whedon himself, creator of Buffy the Vampire Slayer, and recently Agents of Shield, came an awesome space drama with a pinch of western in it, Firefly.The year is 2517, and humans recently discovered a new universe, there is arowdy crew of nine who reside in Serenity, a “firefly” class space vessel. The show focused more on the lives of people seemingly caught on the losing side of a civil war. The only remaining powers at the time is the United States of America and China, which of course is locked in a power struggle. The show intelligently portrays that technology will advance, but the problems that society face will always be the same. Sadly, the show was cancelled too soon,with season one not even finishing.

So that’s about allthat I can think of for now. But I’m sure you’ll already spend hours consuming this much content through the list. Just always remember, to not let the shows distract you from what you need to be reading and learning from, but rather be an inspiration. 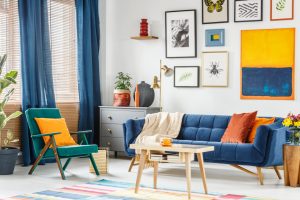 Using Your Fashion Sense to Add Style to Your Home 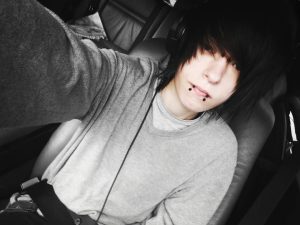 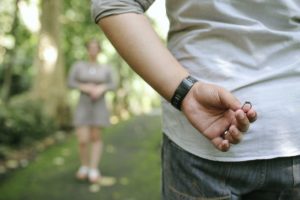 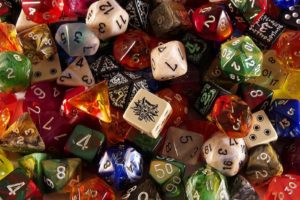 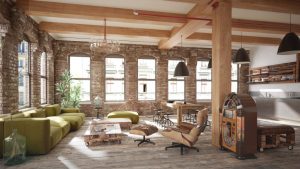 How to Create a Rustic Living Room for Your Home