The curse of the Chucky Doll lives on with the television series “Chucky,” which premiered in October 12, 2021. With a 91 percent score on Rotten Tomatoes and a 7.4/10 on IMDb, it’s no wonder that the series was renewed for a second season, which is set to premier on 2022.

Clearly, people are still in love with the murderous doll that is Chucky.

When it comes to longstanding horror franchises, it’s difficult to name a character with the same longevity as Chucky. The “Child’s Play” franchise’s ability to adapt is the reason this Good Guy doll is forever haunting our screens via cinemas or streaming services.

From dark comedies and psychological thrillers to campy blood fests, the Chucky doll has gone through so many iterations, all focusing on the red-headed psycho doll inhabited by the spirit of a serial killer.

Cute yet deadly, Chucky ends up haunting intimate familial settings, which are often out-of-bounds for other monsters. This gives him an edge of surprise, which the character exploits repeatedly. It’s no wonder that today, he’s already haunting the children of the kids he haunted when he first entered the world. There’s no debating over the iconic status of this horror movie franchise.

So if you’re looking to binge-watch an iconic horror franchise, you can’t go wrong with “Child’s Play.”

How Many Chucky Movies are There?

In total, there are eight Chucky Doll movies, with one of them being a reboot.

On top of the film franchise sits the new “Chucky” TV series. The series serves as a sequel to “Cult of Chucky” and stars Brad Dourif, aka the voice behind the original Chucky Doll.

But before you dive into the series, it’s important to catch up with Chucky’s murderous adventure before this one.

What Order Should I Watch Chucky In?

With the “Child’s Play” series, it’s easy to get into any point of the series, but the movies have enough history for longtime fans to insist that you watch it in order. This Good Guy doll series has plenty of references and Easter eggs that you’d miss if you watch the movies randomly.

Also, watching the Chucky doll movies in order enriches you with the lore, which is the heart of the series. With all of the “Child’s Play” movies available to watch right now, you can easily, grab some popcorn, sit down and watch the films in order.

So here’s the order in which you should watch all of the Chucky doll movies.

The first film begins with a man named Charles Lee Ray, a demented serial killer and voodoo practitioner who transfers his soul into the body of a Good Guy doll after being shot by a cop. Karen Barclay, unfortunately, buys the possessed doll for her son Andy. As Chucky the doll, Ray continues to commit the murders he would have done had he still been human.

When Chucky kills Andy’s babysitter, the latter discovers that his Good Guy doll is alive and kicking, plus a murderer. He tries to tell others, but they think he’s crazy, so he ends up institutionalized. Realizing that her son is right, Karen must convince the detectives that Andy is telling the truth. Otherwise, Andy would become Chucky’s next victim.

Two years later, Andy ends up in foster care after his mother was institutionalized for backing up his story about the killer doll. Meanwhile, the manufacturer of the Good Guy dolls attempts to recreate the doll to reassure stockholders that there’s nothing wrong with their toys. In the process, they revive Ray’s soul inside the doll.

The possessed Chucky doll continues his pursuit of Andy, intending to claim his human body. Andy, being in a foster home, is more vulnerable than ever. His foster sister Kylie tries to protect him, but their foster parents think Andy is delusional. That is — until Chucky makes an appearance.

Set eight years after the second film, “Child’s Play 3” starts with the Play Pals company recovering from the bad publicity due to the Chucky doll murder spree. So they resume manufacturing the Good Guy dolls. Unfortunately, the blood from the possessed doll’s corpse is mixed into the new dolls, reviving Ray once again.

Sixteen-year-old Andy is now in military school. Chucky finds him there but decides that he’ll possess the body of Cadet Ronald Tyler instead.

“The Bride of Chucky” sees our murderous doll find love. After being torn apart in the previous film, Chucky is resurrected by his ex-girlfriend Tiffany Valentine (played by Jennifer Tilly), who happens to be a murderer like him.

Breaking away from the pure horror tone of the franchise, the fourth film takes a humorous turn as we watch Chucky kill Tiffany and transfer her soul into the bride doll. For the first time since the first film, Andy gets a break as the two dolls haunt two teenagers, Jade and Jesse, as they strive to become human again (and kill people while they’re at it).

The film introduces Chucky’s son (later daughter) Glen (later Glenda), a ventriloquist dummy orphaned by the two dolls, both of whom are now dead. When he hears that a film about his parents is in production, Glen tracks them down and uses the Heart of Damballa, a voodoo amulet to resurrect his parents. Tiffany and Chucky are overjoyed at their son, but the latter is horrified to learn that his son has no taste for evil like him.

In a fun meta-twist, the film features Jennifer Tilly playing a fictional version of herself, as well as Redman.

The sixth Chucky doll film is the first direct-to-video installment in the series. Brad Dourif reprises his role as the killer Good Guy doll while his daughter Fiona Dourif plays Nica Pierce, the protagonist of the new Chucky doll film.

“Curse of Chucky’s” plot is more straightforward compared to its earlier incarnations. A family mysteriously receives a Good Guy doll in the mail. Once he is home with them, the doll starts his murderous routine of killing people, starting with Nica’s family.

Two of Chucky’s previous victims appear in the final film as Andy, who was sent a Chucky doll in the last film, continues to torture the doll he has while Nica is given her version of the doll at the mental hospital where she stays.

The final showdown between all of the characters is chaotic beyond perfection.

This standalone “Child’s Play” film strays away from the original series in all aspects — from the plot to the characters. Brad Dourif does not voice Chucky and is replaced by actor Mark Hamill. As for the story, Charles Lee Ray is non-existent. Instead, an AI-powered Buddi doll terrorizes the newer version of Andy Barclay.

How Does the “Chucky” TV Series Fit in the Bigger Universe?

The 2021 TV series “Chucky” is a continuation of the original “Child’s Play” series. Taking place four years after the events of “Cult of Chucky,” the series follows 14-year old Jake Wheeler who buys a Good Guy doll in a yard sale. Later, he discovers that the doll is possessed by a serial killer named Charles Lee Ray.

Jake finds himself in the middle of countless murders committed by Chucky while dealing with bullies and his sexuality.

The series also welcomes familiar faces from the original films, such as Nica Pierce (who is possessed by Chucky) and Tiffany Valentine.

If you’re looking for one of the best movies about toys to binge-watch over the weekend, look no further than the “Child’s Play” series. You’ll laugh, you’ll scream and you’ll probably never want to give a kid a doll. 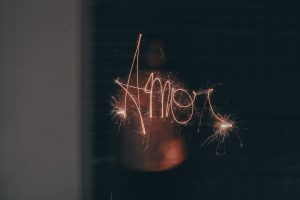 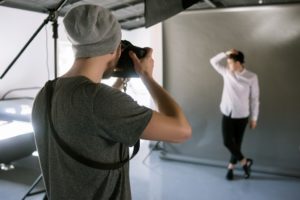 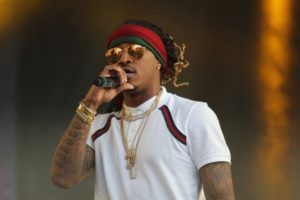 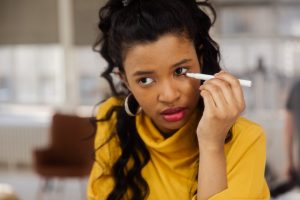 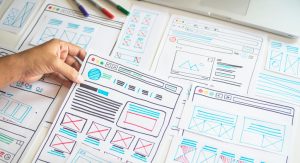