The Battle of the Lightsabers: Which Star Wars Lightsaber is Your Favorite?

The lightsaber is an iconic weapon in George Lucas’s Star Wars universe. Also referred to as a “laser sword,” this elegant weapon is often wielded by the Jedi, Sith and other Force-sensitive creatures in the universe. Obi-Wan Kenobi describes the lightsaber as “…an elegant weapon for a more civilized age.”

No Star Wars film, comic or TV show is complete without a character wowing the crowd with their lightsabers. These weapons also define the franchise, as well as the characters that hold them.

From Luke Skywalker’s yellow lightsaber to Anakin’s iconic Skywalker lightsaber, we discuss the most iconic laser swords in the universe — their history, use and what makes them so darn iconic.

Before we discuss the different types of lightsabers and their owners, one must first know what a lightsaber is.

This laser sword is a melee weapon used by Force-sensitive beings, primarily the Sith and the Jedi. Lightsabers are powered by kyber crystals, which give the weapon their iconic colors. Based on the crystal used, the color of the blade can differ from one lightsaber user to another. However, red is always associated with beings from the dark side of the Force.

The weapon, which also comes with a plasma blade, can cut through almost anything and can be used as an offensive or defensive weapon.

In Star Wars, attaining and wielding a lightsaber is considered a rite of passage for characters. But it’s not uncommon for characters to acquire different models of lightsabers over time.

Luke Skywalker has probably owned all the different types of lightsabers. The Jedi master has owned a total of three lightsabers over the course of the films. Luke, played by actor Mark Hamill, is one of the franchise’s most prominent characters. After starring as the young hero in the original Star Wars trilogy, Skywalker made his big comeback in Star Wars: The Last Jedi. As one of the first figures to wield a lightsaber, he is often associated with the weapon.

Luke’s first lightsaber is still the most iconic Star Wars weapon. Also referred to as ‘the Skywalker lightsaber,’ Luke’s blue-bladed lightsaber was first owned by his father, Anakin Skywalker/Darth Vader. After his turn to the dark side of the Force, Anakin’s former Jedi master Obi-Wan took the weapon and handed it to Luke.

Throughout the first two films of the original Star Wars trilogy, Luke wielded his famous blue-bladed lightsaber. He used it against the members of the Empire. He also used it while he trained with Yoda in Dagobah. Luke is often associated with his father’s blue lightsaber. However, a lightsaber duel with Darth Vader in Bespin led to Luke losing his first lightsaber (after his father sliced his hand off).

By the third film (Star Wars: Return of the Jedi), fans noticed that Luke Skywalker’s lightsaber color changed. During a mission to rescue Han Solo on Tatooine, Luke enters the scene with a green lightsaber.

The new lightsaber’s design was based on the schematics Luke found in Obi-Wan’s hut on Tattooine. While the final lightsaber was faithful to the original designs, he simplified his weapon since this was his first attempt at building one. For example, he used only one crystal, as opposed to using the traditional three crystals.

Luke gathered most of the parts from different vendors in Mos Eisley, which included focusing lenses, power cells and a high-energy reflector cup.

When the Rebel Alliance won in the Battle of Endor, Skywalker held onto his green lightsaber as he pursued a new chapter in the Jedi Order. He also took his lightsaber when he went into exile on Ahch-To.

While not shown in any of the live-action Star Wars films and shows, Luke also used a yellow lightsaber after he used his father’s lightsaber on Cloud City. A canon comic adventure from Marvel featured Luke traveling back to Cloud City to recover his original lightsaber. Though he failed with this conquest, he had a vision of a woman Verla and his journey to the Outer Rim.

He acquired the yellow lightsaber on his journey. The lightsaber was once used by the Jedi Temple guards. It is currently unclear what happened to his third lightsaber.

Obi-Wan fought with three lightsabers. His first lightsaber was constructed when he was just a Jedi Padawan. Obi-Wan based his lightsaber’s design on his master Qui-Gon Jinn’s weapon. His lightsaber was powered by a diatium power cell and a kyber crystal (which he briefly swapped with a kohlen crystal).

During Star Wars: The Phantom Menace, Kenobi lost his weapon during a lightsaber duel with the Sith Lord Darth Maul (he kicked Kenobi’s weapon into a reactor shaft).

Following the loss of his original lightsaber in Naboo, Obi-Wan Kenobi constructed another lightsaber that contained a kyber crystal. The weapon emitted a blue plasma blade, which was similar to his Padawan Anakin’s lightsaber color.

Prior to the First Battle of Geonosis, Obi-Wan lost his second lightsaber.

Obi-Wan’s third and final lightsaber had a design that combined the designs of his original lightsabers. The new design showed off his growth as an independent Jedi, especially since he had this new weapon after his promotion to the Jedi Council. The lightsaber was powered by a Kyber crystal and still had a blue blade color.

Kenobi would infamously use this lightsaber against Anakin Skywalker during their battle on Mustafar. The same lightsaber would cut off Skywalker’s limbs. Obi-Wan would continue to wield the same weapon during his exile in Tatooine until his death.

Before he wielded the iconic Skywalker lightsaber, Anakin Skywalker made his first lightsaber prior to 29 BBY. He traveled to Ilum to construct his first laser sword, which he would use for his saber training sessions. His original lightsaber had thick ridges on the handle, chunky controls and a blue plasma blade.

This lightsaber would eventually be destroyed during Anakin’s trip to Genosis. A mechanical cutting arm destroyed his original weapon.

After the destruction of his first lightsaber, Anakin built another blue-blade weapon that had an activation matrix, a magnetic stabilizing ring, a tuning flange and an emitter. His second lightsaber was built to function underwater.

Anakin used this lightsaber as the Jedi General of the Grand Army of the Republic. He also fought many enemies with this single-blade weapon; the list includes Count Dooku, Bariss Offee, Savage Opress and Asajj Ventress. Although he used this weapon for the Jedi Order, he also executed many Jedis with it (under Order 66 aka the Great Jedi Purge). Anakin’s turn to the dark side led him to slaughter a group of younglings before going to Mustafar and killing the Separatist Council on behalf of Darth Sidious.

Rey would continue to use Anakin’s lightsaber until the Battle of Exegol. She eventually created her own lightsaber and buried the iconic Skywalker weapon alongside Leia’s lightsaber on Tatooine.

As Darth Vader, Anakin imposed fear on people whenever he wielded his red lightsaber. The saber had a dual-phase function, which let Vader manually control the length of his blade. It also featured a dual-phase focusing crystal, beveled emitter shroud and a black power cell chamber. Darth Vader was always upgrading and fine-tuning his lightsaber for maximum stability and blade power.

His final lightsaber was used to kill his old master, Obi-Wan, as well as cut off Luke’s right hand. Luke repaid the favor by cutting off his hand, which led to the loss of his lightsaber.

Lightsabers also make the Jedi or the Sith, which is why fans crave to have their own. Who’s lightsaber is your favorite? 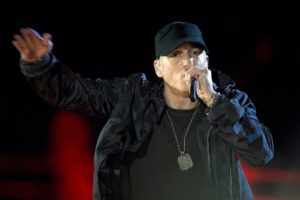 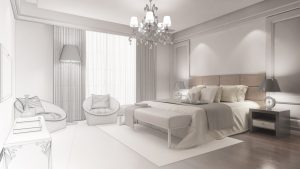 Exploring The Art Of Photorealistic Drawing Through Pencil

Here’s Why You Should Start Buying Art Online 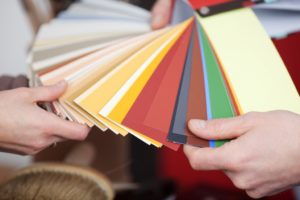