The 2010’s saw some EDM come to fruition and turn from an underground sensation into a mainstream craze. Born out of the House, Techno, and Electro music revolutions of the 90’s, EDM incorporated many of its predecessors good bits and created a genre that is much like the ones that came before it, while pioneering some new beats, melodies, and incorporating influences from other genres.

But the one constant throughout the years: the bass drop. Any electro track worth its salt absolutely needs a face-melting, body-thumping, get-off-your-ass bass drop. If a song’s drop doesn’t make you want to head bang yourself into unconsciousness, then it’s not really that worth listening to, is it?

This is a short list of what I personally think are the best bass drop songs to come out of the decade. It’s not exclusive, it’s not definitive, and it’s definitely incomplete. Want to add your own thoughts and favorite tracks? Hit me up in the comments below!

The Fever – Bassjackers vs. Breathe Carolina and APEK

A household name in the EDM world, Bassjackers have been rocking fans all over the world since 2007. The Dutch DJ duo of Ralph van Hilst and Marlon Flohr have been producing, mixing, and creating electro-house tracks that have been sampled and played all over the world. They’ve performed as well in the mainstages of some of the biggest arenas and festivals around the world, from Electric Daisy Carnival and all the way to Tomorrowland. They’ve also collaborated with some of the biggest names in the electronic music scene, from DJ Hardwell and Like Mike, to Martin Garrix and Swedish House Mafia.

Collaborating with the on The Fever are American virtuosos Breathe Carolina and APEK. Breathe Carolina are a Colorado-based electro-rock music duo that has a penchant for fusing electronica music with alternative rock, with a dash or two of post-hardcore influences. This unique style of electronica-driven tracks with a hint of screamed vocals have put them squarely on the map of both EDM fans and rock fans.

On the other end of the spectrum from Breathe Carolina is APEK, an LA-based DJ that focuses on pure electronica. Taking classic house, electro, future, and trap music, APEK takes them to the next level by blending and fusing all of them together into high-energy dance pieces.

Combine these three, and you get The Fever, a superb dance track that’s primarily lead by an electro beat and vibe with a hint of progressive throughout. Despite their differing styles, the three artists manage to craft an EDM song that’s bass-heavy, with a sweet drop, and a catchy vocal hook.

Joel Zimmerman, a.k.a. Deadmau5, is one of the most recognizable DJ’s to come out of the 2010’s. Rocking the stage in his signature digital mouse head, Deadmau5 blends thumpin’ EDM with theatrical stage presence, creating a music experience unlike any other. Primarily a progressive house musician, Deadmau5 still manages to embed traditional electronic house and electronica into his track, elevating the entire genre into a whole new level of artistry.

Finding underground and mainstream success, Deadmau5 is also one of the most commercially successful DJ’s out there, releasing certified platinum albums and touring extensively around the world, including headlining sets in some of the most prestigious musical festivals on the planet.

Although a departure from his usual bass-heavy and upbeat tempo tracks, his album While (1<2) was positively received by both critics and fans alike. With his track My Pet Coelacanth, Deadmau5 subtly creates a soundscape with dramatic, sweeping, and cinematic sub bass and a detuned analog lead. But just as the listener gets comfortable, the “fuck!” sample kicks in, signaling a drone-driven drop that breaks down the entire track and swallows you completely with its overwhelming bass synth. An instant classic from one of the best DJ’s of the decade.

Futuristic Polar Bears – Back to Earth

British DJ/Producer/Musician trio Futuristic Polar Bears hasit all: catchy vocal hooks, unique and dance-able beats, and a stage presence unlike any other. Luke, Rhys, and Fran have become global phenoms since their debut in 2014. The trio has performed in 5 continents, conquering dancefloors in the USA, Canada, Holland, Spain, Germany, France, and even rocking it all across Asia, with sets in China, South Korea, India, Thailand, Malaysia, Jakarta.

They even distinguished themselves in the most popular party island on earth: Ibiza. They’ve also graced the halls of some of the best dance clubs on the planet, from Zouk, Ministry of Sound, and Avalon, to Ushuala and even Octagon.

Widely known for their Big Room sonic signature, Futuristic Polar Bears shows their penchant for hard thumpin’, fist pumpin’ music with their debut single Back to Earth,a no-holds-barred, balls-to-the-wall energy extravaganza. From start to finish, the track takes the energy of the room to 11, and keeps it there. By the 1 minute mark, you’ll be praying for the drop, if only to get a half-second respite from the almost overwhelming positive vibes of the song. This is the kind of song that you play if you want an entire crowd to dance and not stop, with its raging beat and infectious melody.

How We Roll – MATTN vs. 2 Faced Funks

One of the most sought-after female DJ’s in the electronica world, MATTN has been making her mark on the scene with her arena-driven beats, intricate melodies, and superstar stage presence. Blending underground staples with mainstage sounds, MATTN has been stamping her unique presence in all kinds of events, from Mainstage Sunburn and Cream UK, to VIP rooms in Dubai, France, Italy, and many more. She’s opened for some of the biggest names in the industry like Steve Angelo, AfroJack, Dimitri Vegas, Axwell&Ingroso, and a host of other spectacular DJ’s.

Backing her up in How We Roll are Dutch DJ/Producer sensations 2 Faced Funks. Their particular brand of energetic tracks come from their mixing of high class house music with dancefloor essentials. The mysterious duo hide their identity behind pink masks so that people focus on their music and nothing else, although their legion of adoring crowds know all-too-well their trademark sonic signatures. They’ve performed in mainstages all over the world.

In How We Roll, MATTN and 2 Faced Funks come together in a powerhouse of a track, dropping one of the best bass drop songs this side of the decade. It happens on the 1 minute and 15 second mark, although the preceding minute is already packed with MATTN’s frenetic melody and 2 Faced Funks signature energy.

Belgian-Greek DJ Duo Dimitri Vegas & Like Mike have been touring Europe for 20 years,  playing in their home country of Belgium, and venturing into some of the best clubs in France, Spain, Greece, and even becoming resident DJ’s in illustrious dance clubs Space and Privilege in Ibiza, the EDM capital of the world. They’ve been consistently ranked in the top 10 DJ’s of the world by DJ Mag and have been awarded Best Electro DJ 4 years in a row.

Meanwhile, Italian duo BoostedKids have established as one of the best up-and-coming musicians of this era. They’ve performed all over Europe, headlining and supporting in some of the best clubs in Italy, France, Belgium, Greece, and many more. They’ve also performed in the biggest music festivals in the EDM scene, gracing the stages of Tomorrowland, Amnesia, Vasco Rossi, and StadioOlimpico, to name a few.

Voted World’s Best DJ twice, Robert van de Corput, otherwise known by his more recognizable stagename, Hardwell, has been giving fans one banger after another since 2009’s Show Me Love vs. Be. Since then, he has released almost 10 compilation albums, a documentary film, a studio album, and even started his own music label, Revealed Recordings. To say that Hardwell is a powerhouse of electronic music would be a severe understatement.

Joining him in Baldadigis fellow Dutch DJ Quintino, world-renowned for his remixes of Go Hard, Rap das Armas, and Fatality, to name a few. He has worked with some of the biggest names in the electronic music scene as well, ranging from AfroJack and Tiesto, to Alvaro and, of course, Hardwell. He’s been recognized by DJ Mag as one of the top 100 DJ’s around the world, a recognition that’s hugely deserved.

With Woest, Hardwell and Quintino take their unique styles and blend it together to create a one-of-a-kind audio experience that is an absolute must-listen for any electro-house fan.Woestmanages to take that outdoor music festival vibe and condense it into a 2 minute track that will leave you wanting more.

The drop is pure power, striking with intensity and not letting up, smoothly transitioning into melodic Dutch electro synth melodies with a rapid riff. The entire track is led by a looped-up,pitched-down vocal powered by a siren synth effect. It’s thumpy, face-melting goodness. 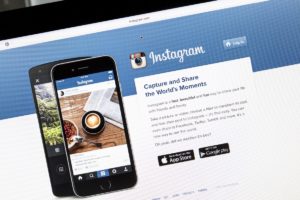 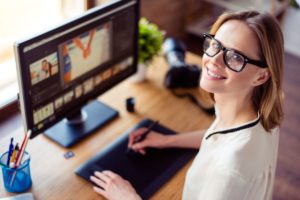 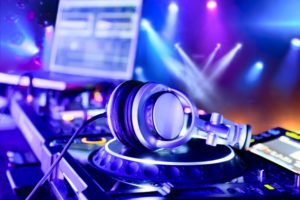 Judge a Book by Its Cover: Book Cover Design Trends that Work