The Scooby-Doo franchise is arguably one of the most recognizable cartoons today. The fifth greatest television cartoon according to TV Guide, Scooby Doo, together with friends Daphne, Fred, Shaggy, and Velma, are an iconic team that travel around in their van, solving mysteries of ghosts that almost always turn out to be people in ghost masks. Today, we might find the mysteries to be a bit predictable, but as children we all know the feeling of suspense as we guess who the next baddie might be.

Out of all the members of Mystery Inc., the most popular one would have to be the eponymous dog, Scooby Doo. And while Scooby was a very popular character, there may actually be some facts that you may not know. From what kind of dog Scooby was (and what he originally was), to how old Scooby may be, we give you five facts about Scooby Doo.

As to the Great Dane, Production designer Iwao Takamoto took notes from another person from Hanna-Barbera, the production company that created the Scooby-Doo franchise, who also bred Great Danes outside of his job. When Takamoto discovered what a pedigree and purebred Great Dane looked like, and then drew the opposite of those details. As a result, Scooby had a small sloping chin, spots, a long tail, a sloped back, wrong color, and bow legs.

What Takamoto got right about Great Danes, however, was the dogs’ personality. Great Danes were assumed to be a guard dog that offered protection due to its size, but in reality, Great Danes are actually laid-back and friendly breeds. Like Scooby’s lazy personality, Great Danes would rather sit with their owners and eat. They require below-average exercise and grooming. While Great Danes are gentle giants, they can become fierce and aggressive when they feel like their friends are in danger.

This matches the personality that Scooby’s creators, Joe Ruby and Ken Spears, wanted for Scooby. Eventually, they found inspiration from comedian Bob Hope in his horror-comedies: while a bit of a coward, Scooby can be brave when he sees his friends are in danger.

Fred Silverman, CBS’s head of daytime programming at the time, came up with Scooby’s name while listening to Frank Sinatra’s song, “Strangers in the Night,” which was a hit single in the late ‘60s. One of the most memorable parts of the song was Sinatra’s scat singing with the syllables “doo-be-doo-be-doo.”

It took Silverman two tries before successfully pitching and earning a green light to get the show on television.

Scooby Doo was Originally a Sheepdog Named Too Much

The Scooby-Doo franchise was created by Silverman for Hanna-Barbera’s CBS Saturday morning cartoons. The show wasn’t called Scooby-Doo at the time, but rather Mysteries Five. The original idea had a roughly similar idea to the show we know and love, but, originally, Scooby was meant to be a sidekick character (and not the eponymous dog of the franchise).

The original characters for the show were teenagers Geoff, Mike, Kelly, Linda, and W.W., but this was later changed to the young adults Fred, Shaggy, Velma, and Daphne. The bongo-playing dog was called Too Much and resembled a sheepdog similar to Hot Dog from The Archie Show. The similarities between Mysteries Five and The Archie Show was Silverman’s way of building on the success of the latter. However, because of the similarities and Silverman constantly rejecting similar ideas, the idea eventually evolved into a unique show that became successful even as it strayed away from its inspiration.

Scooby Has the Same Voice with Two Other Cartoon Dogs

Everything about Scooby is iconic, down to the way he speaks. In the Scooby-Doo universe, no one blinks at the fact that Scooby can speak English or do human actions like walk on two legs. He had a speech impediment, putting an R-sound in front of most words like “Rokay” or “Roh No!” However, the characters seem to understand him well enough.

If Scooby’s voice sounds familiar to you, though, then it’s for a good reason. From 1969 to 1996, Scooby Doo was voiced by voice actor Don Messick, who was also known for other roles in Hanna-Barbera cartoons. Aside from Scooby, he also played Bamm-Bamm Rubble from The Flintstones, Boo-Boo Bear and Ranger Smith in The Yogi Bear Show, and Papa Smurf from The Smurfs.

Don Messick was a smoker, which had somewhat helped provide Scooby with his raspy voice. However, when he quit smoking in an attempt to avoid health complications, he became unable to achieve the same effect. He eventually ended his career in 1996 after suffering a stroke, passing on the role of Scooby to Hadley Kay.

If Scooby’s voice seems familiar though, that’s because Messick also voiced two other cartoon dogs under Hanna-Barbera. He voiced Astro, the clumsy but loyal dog to the Jetson family in The Jetsons. That’s why people mistakenly think Scooby’s signature phrase is “Ruh-roh!” even if it’s actually “Ruh-roh, Raggy!” The first one was actually Astro’s signature phrase. But because Scooby and Astro sounded similar, people mixed up the two dogs. Messick also voiced Muttley, the snickering dog from Wacky Races.

While Scooby is portrayed as a fully-grown Great Dane in most series, his age was never really confirmed. It was only when the 2002 American live-action film Scooby-Doo came out that there was canon information about Scooby’s age. According to the official magazine that accompanied the movie, Scooby was seven years old at the time of the movie. Because Scooby looks like a full-grown dog, though, I assume they meant Scooby’s been alive for 7 years before the film, which means he is around 50 to 60 years old in human years. Which makes sense, considering Scooby had to pretend to be an old woman if he wanted to board the plane without getting into a cage.

However, because this movie takes place in the 2000’s, not many people may be willing to accept that Scooby’s birthday was set in 1995, seven years before 2002. If we set Scooby’s birth year to 1969, the year Hanna-Barbera created the character, he would technically be 50 years old, which would be impossible to compute for human years because dogs don’t live that long. However, if we take the magazine’s claims that Scooby was 7 at 2002, that would mean he is over 24 years old as of 2019.

Based on Pedigree’s dog age calculator, a Great Dane that survives for 20 years is actually 145 years old in human years, making them a super-senior dog. Because most big dogs don’t survive after 20 years, there’s no dog age chart specifying Scooby’s human age at the age of 24 years, so we can only assume it’s bigger than 145.

Unfortunately, this news comes with shocking revelations that, because the 2002 magazine established Scooby’s birthday, they’ve practically confirmed the worst: Scooby, if he were alive, might have already died years ago. Great Danes, on average, live for around 8 to 10 years. Only by miracle or through really good health and genes that a dog can slightly live longer than the average lifespan. And because the established date suggests that Scooby would be 24 today, it means it is highly unlikely he would still be alive today. And given his constant fear of ghosts and his eating habits, it’s unlikely Scooby stayed in good shape long enough to avoid Doggy Heaven.

Scooby Doo and his friends will definitely be remembered as some of the most iconic TV cartoon characters for Gen X-ers and millennials. But what is interesting is how the show is filled with really interesting fact that we as children might not have been aware of.

Do you know any other facts about everyone’s favorite Great Dane? Let us know in the comments below! 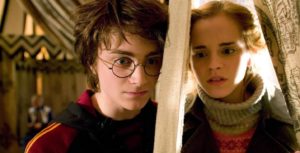 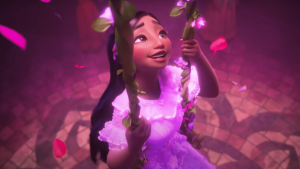 Encanto’s Isabela Madrigal: The Poster Child of Perfection (and Breaking Away from It) 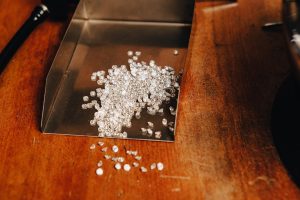 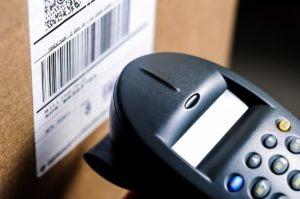 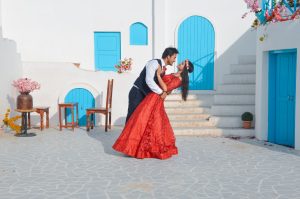 Red Wedding Dresses: What Do They Mean?